The plants influence and propel the action of composting. The compost is spread on the fields in the fall, which are then ploughed to turn over the soil. This action is accompanied with the "Maria Thun" preparation. (See Biodynamic Agriculture)


The soil awakens with the fall equinox on September 21st, and goes dormant after the spring equinox on March 21st.

It is during this period that we bring oxygen to the soil to nourish the bacterial life.

Soil is characterised by an extraordinary living organisation. Exchanges between roots and soil are carried out by means of microorganisms.

Therefore, without life in the soil, there can be no terroir effect.

Biodynamic agriculture is above all paying attention to the land, seeking and encouraging balance in the land so that it in turn transmits to the plant harmony with the earth and its environment. Thus, the work of the vintner is to actively encourage the exchanges between the soil and the root system, the leaf system and the vine to permit the grapes to fully express their terroir. 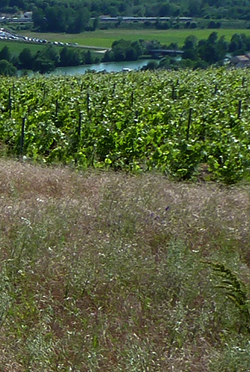